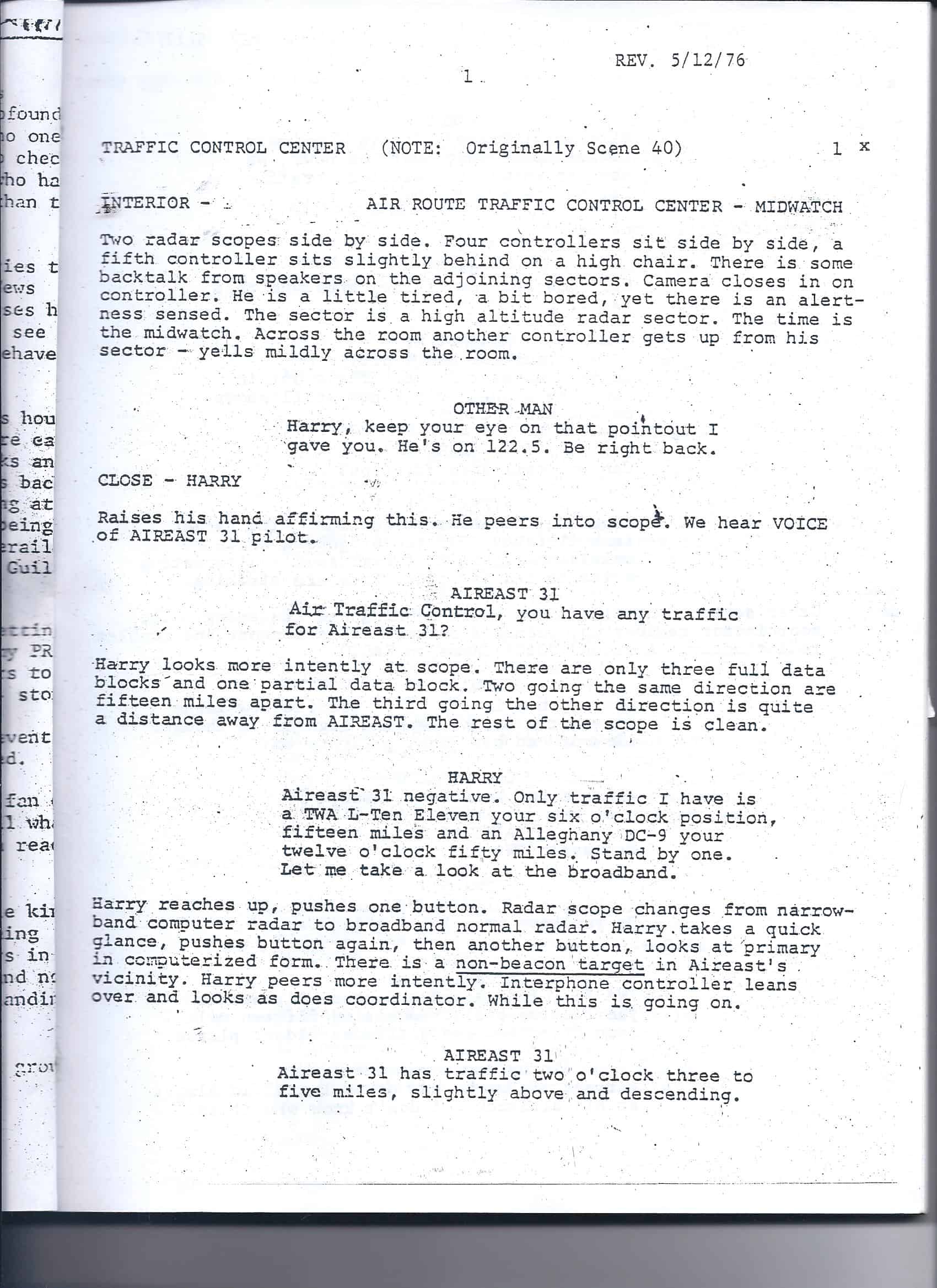 I *love* this kind of movie open where we start with men at work, and then something out-of-the-ordinary pops up. (See James Cameron’s The Abyss or even United 93 for other examples of men-at-work opens.)

Note that this was originally Scene 40 and they moved it up to the very beginning.  It’s the first thing we see.

Spielberg — he not only directed but also wrote the screenplay — captures the banality of the workplace.  The air traffic controller is “a bit bored,” and his colleague yells at him “mildly.”

And no one says a thing.

Spielberg shows us the importance of this blip with the physical movement of three characters:  “Harry peers more intently.  Interphone controller leans over and looks, as does coordinator.”

And the audience wonders, “What the heck are they so curious about?”

He’s already got us, and we’re still on page 1.

In the New Yorker, Larissa MacFarquhar takes a brave look at what happens when parents are considered to be a…

by Tim DeRochePosted on August 5, 2017
Posted in Uncategorized

After the rain… Never seen one of these before.