During the debate about the Republican tax overhaul, there was quite a bit of Sturm und Drang about how the bill will exacerbate income inequality.  Well, yes, it probably will, on the margin.  It cuts marginal tax rates on the highest levels of income, and it provides lots of protections for certain types of income — like passthrough income — that will benefit more rich people than non-rich people.

But no one — including the Democrats — is talking about the main source of inequality in the tax code.  The long-term capital gains rate.   If you buy something (say, a house or a share of stock) at a low price and then later sell it a higher price, you pay a lower tax on that income than you would if you made the same amount of income by toiling as a lawyer, janitor, or any other job.  The rates vary with your total income, but the most you can pay on long-term capital gains is 20%.  Taxes on wage income range up to 37%.

My investor friends argue that the lower rate is necessary as an incentive.  Why would they put their money to work in the economy, if they aren’t given this special tax break?

But I think it’s a horrible argument.  There are two primary ways to participate in the productive economy: (1) You can employ your time (by working), or (2) You can employ your money (by investing).  Money and time are interchangeable.  You can use one to purchase the other.  And vice versa.   But the tax code treats them very differently.

The issue here is fairness.  Poor people don’t have a lot of money to invest, but they do have their own time.  The wealthy typically have a surplus of money.

Why do we penalize the form of economic activity that is available to poor people? 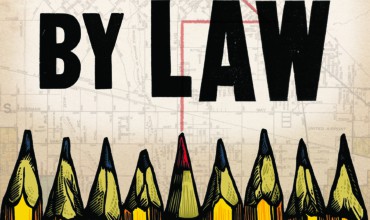 This one isn’t quite as whimsical as Huck & Miguel. But I have been utterly fascinated by this subject over…

From theoretical physicist Janna Levin during an episode of On Being: “I will often look at what people think is…