Posted in Uncategorized
by Tim DeRochePosted on April 13, 2018

That’s what the New York Times implies with this headline:
“Ryan found himself on the margins as his party moved to the right.” 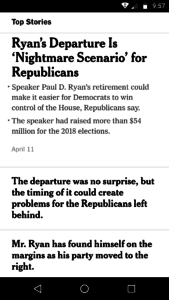 But is that right?  Isn’t Paul Ryan much more “conservative” than Donald Trump and his followers on many, many issues? (e.g., fiscal policy, free trade, traditional Christian morality, entitlement reform)

What would political journalism look like if reporters couldn’t use the terms right/left or liberal/conservative? Those words have become almost meaningless except as markers of tribalism. The vast majority of Republicans now support a president who is against free trade and who defies traditional Christian morality. Mainstream Democrats are all-in on free-trade and claim that sexual transgressions disqualify you from public office.

Note that the NYT changes the headline when you click through the actual article:
“Ryan Found Himself on the Margins as G.O.P. Embraces Trump”

They appear to be uncomfortable with their own left/right clickbait.

I wish Alan Alda was my grandfather 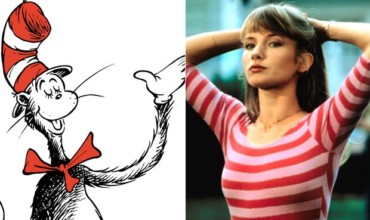 What do they have in common?  (besides red stripes, of course!) They are both agents of chaos. Has anyone else…