Home
/
Uncategorized
/
“Neuroscience will become something that is apprehensible to ordinary people”
Posted in Uncategorized
by Tim DeRochePosted on March 10, 2014

So says the recently deceased Sherwin Nuland in an episode of On Being.

He says that, initially, the general public turned away from genetics.  But “bit by bit people began to understand DNA.”

I’m not sure how well most people understand DNA.  I presume most people have some vague understanding that DNA is somehow linked to all that stuff we inherit from our parents.  But how many people understand the DNA codes for proteins?  Or that it consists of a paired code?  Or even that it resides in the nucleus of our cells?

Neuroscience seems even more difficult to understand on an intuitive level.  Will we ever understand how our brains work?  Even if we believe – rationally – that our everyday experiences have a basis in the biology of our brains, won’t the connection between the two remain inscrutable?  Even for those of us who can draw realistic pictures of the human brain and rattle of the names of multiple neurotransmitters, won’t it always seem magical to be alive and conscious? 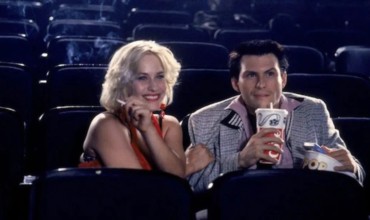 Listen to this gorgeous piece of music that Spotify teed up for me yesterday. Does it sound familiar? Do you…

Kazoos!  And strings. I want a brave man I want a cave man Johnnie show me that you care, really…